I’m going to talk to you without borders, as a human, as one unit.

Looking at today’s situation, I see a lot of fear surrounding me and my loved ones.

I see unprecedented levels of unemployment and businesses destroyed.

I see unprecedented levels of people depending on government support to survive.

I see neighbors being afraid of one another.

I see neighbors snitching on one another.

I see frustrated civilians waiting in line “inmate-style” to buy their groceries mixed with “dictator-style” questioning before entering.

This is a new era.

I see too many people looking the other way.

I see too many red flags.

I hear too many alarms going off.

I see too many conflicting information and logic tells me that all this doesn’t add up.

I understand that it’s controversial to believe anything outside of what the mainstream media is telling us but c’mon now.

It’s like; you know that your lover is cheating on you, but you don’t ask questions and decide to live in denial to avoid conflict. What kind of life is that?

Furthermore, you hate your job but decide to stay for security reasons. Why are you doing this to yourself? Do you only want to survive? What about living your life for real?

Our rights are slowly being stripped away in the name of "protecting the people". Thank you for caring for me so much about me even if I've never got a call from you on my birthday. Here's what the system does for me: ring the bell and take money like I'm their property.

I’ve never been afraid to voice my opinion and do my own research, so I urge everyone to voice theirs and do an independent analysis.

We will never please everyone; we will never satisfy the critics; but we can certainly live our lives doing what we believe is the right thing to do.

Today, I believe that the negative consequences from staying silent are much bigger than the ones we’ll get from standing up. So, I’m urging anyone feeling this s#!t to speak their truth and share it.

Why should we be afraid to speak up when things aren’t adding up? We’re talking about our future and the future of our children here.

You can make your own opinion about these slides but for heaven’s sake; we shouldn't get split apart. Not at the grocery store, not at the border, not ever. We’re in this together.

We’re all entitled to our own thought process.

We can respect each other’s opinion.

If you believe that covid19 came out of a wet market and we must follow the Chinese draconian lockdown model (dictated by the W.H.O.) to get better + get a mandatory vaccine; I’ll respect your opinion.

And, if I can respect that this is really your opinion, you can respect mine which may be different.

We can have a healthy debate about it.

Many people told me: “brother, this is not your fight, pay it no mind.”

If everybody thinks like that, we’ll never get anything done around here so there you go: 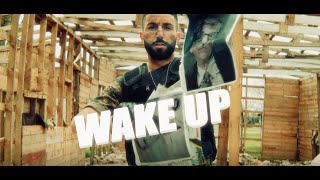